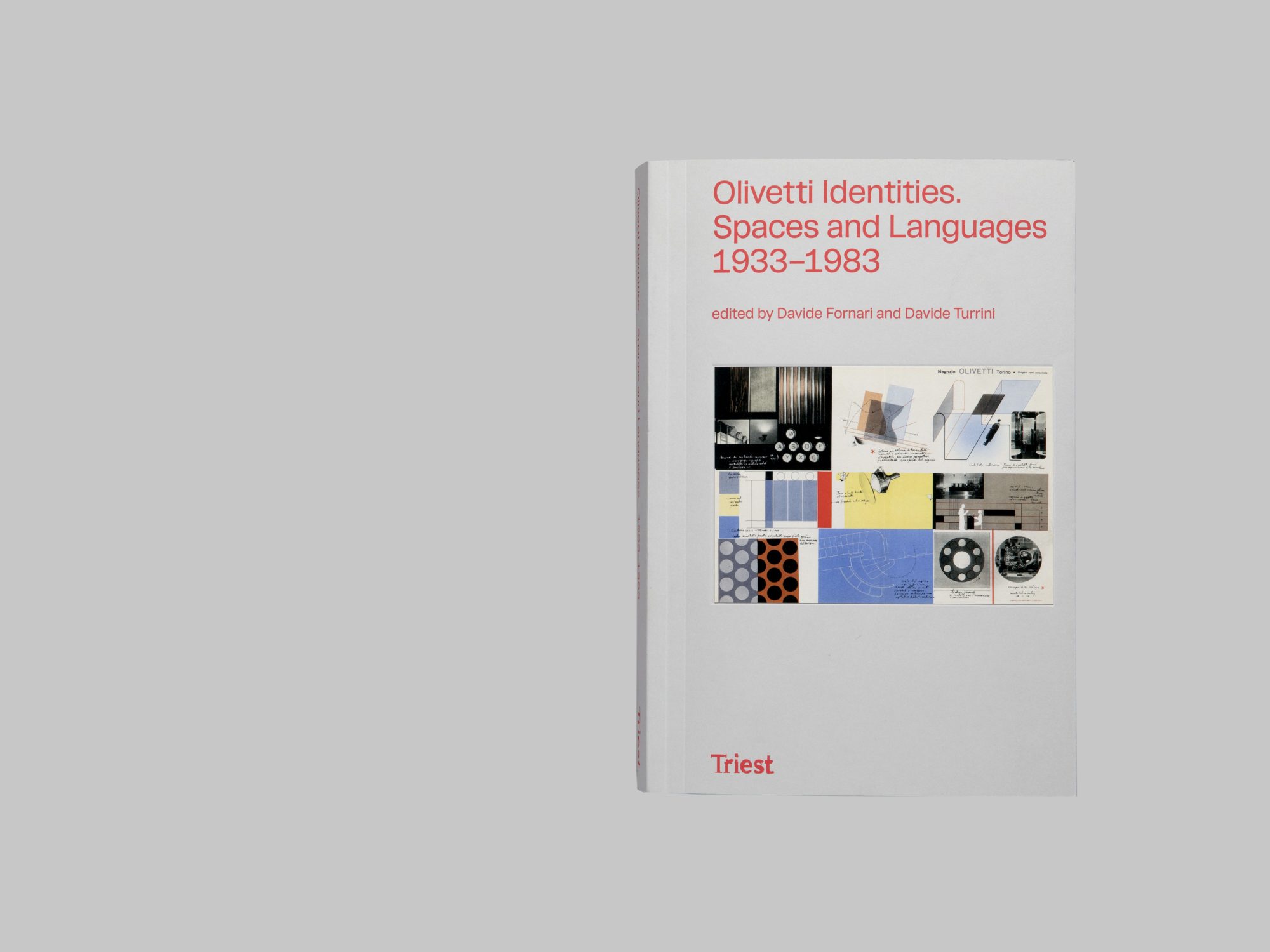 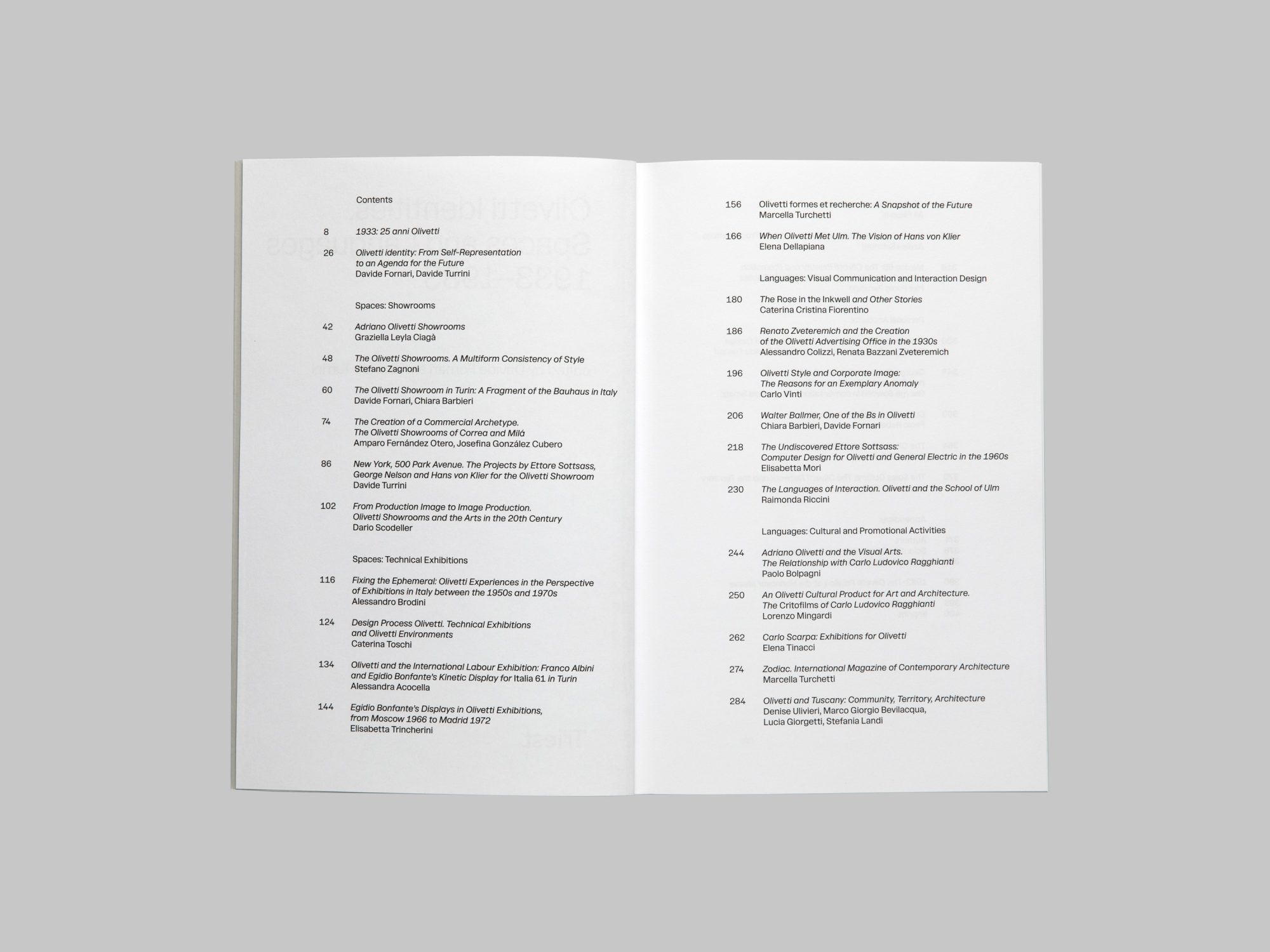 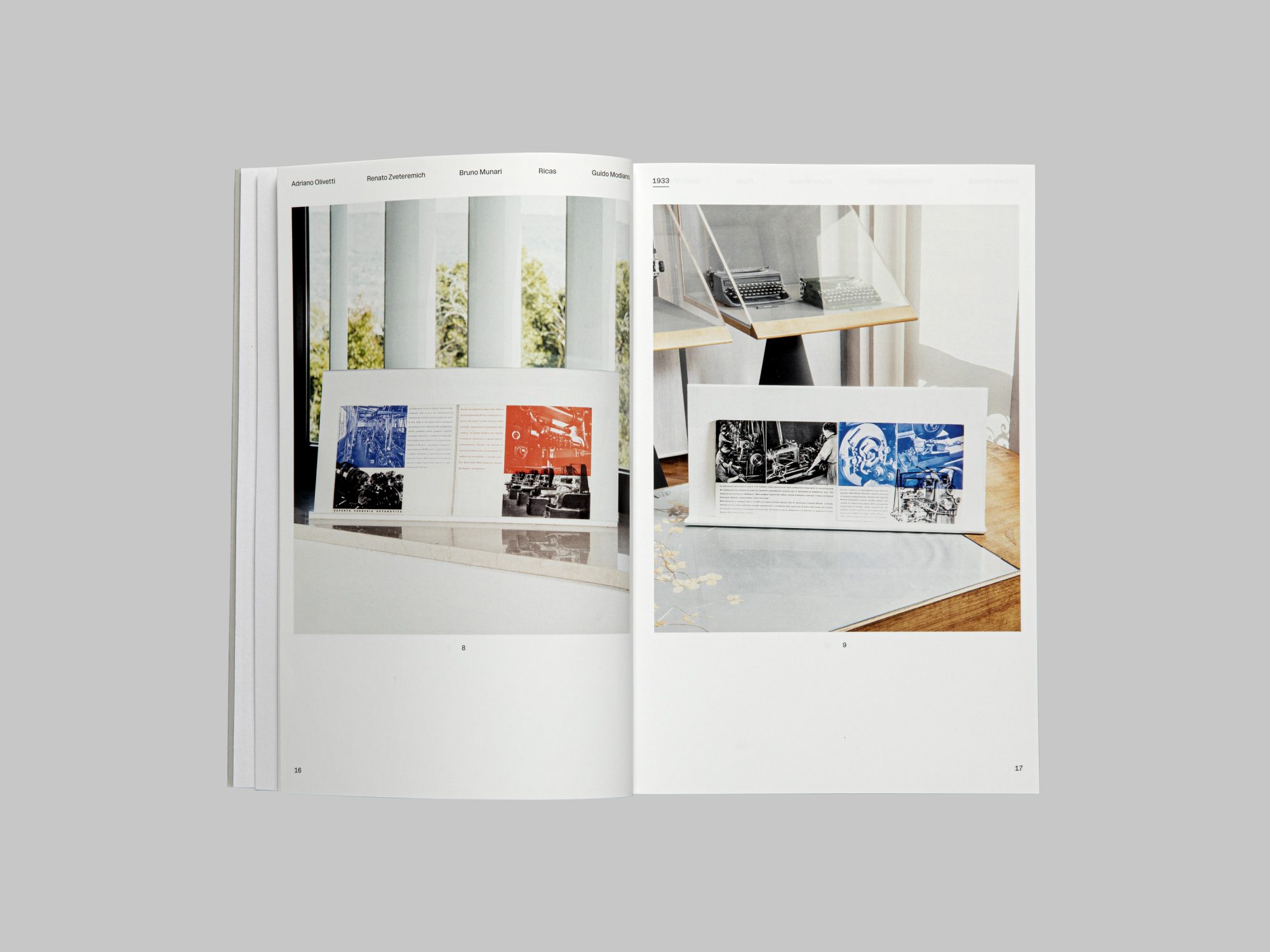 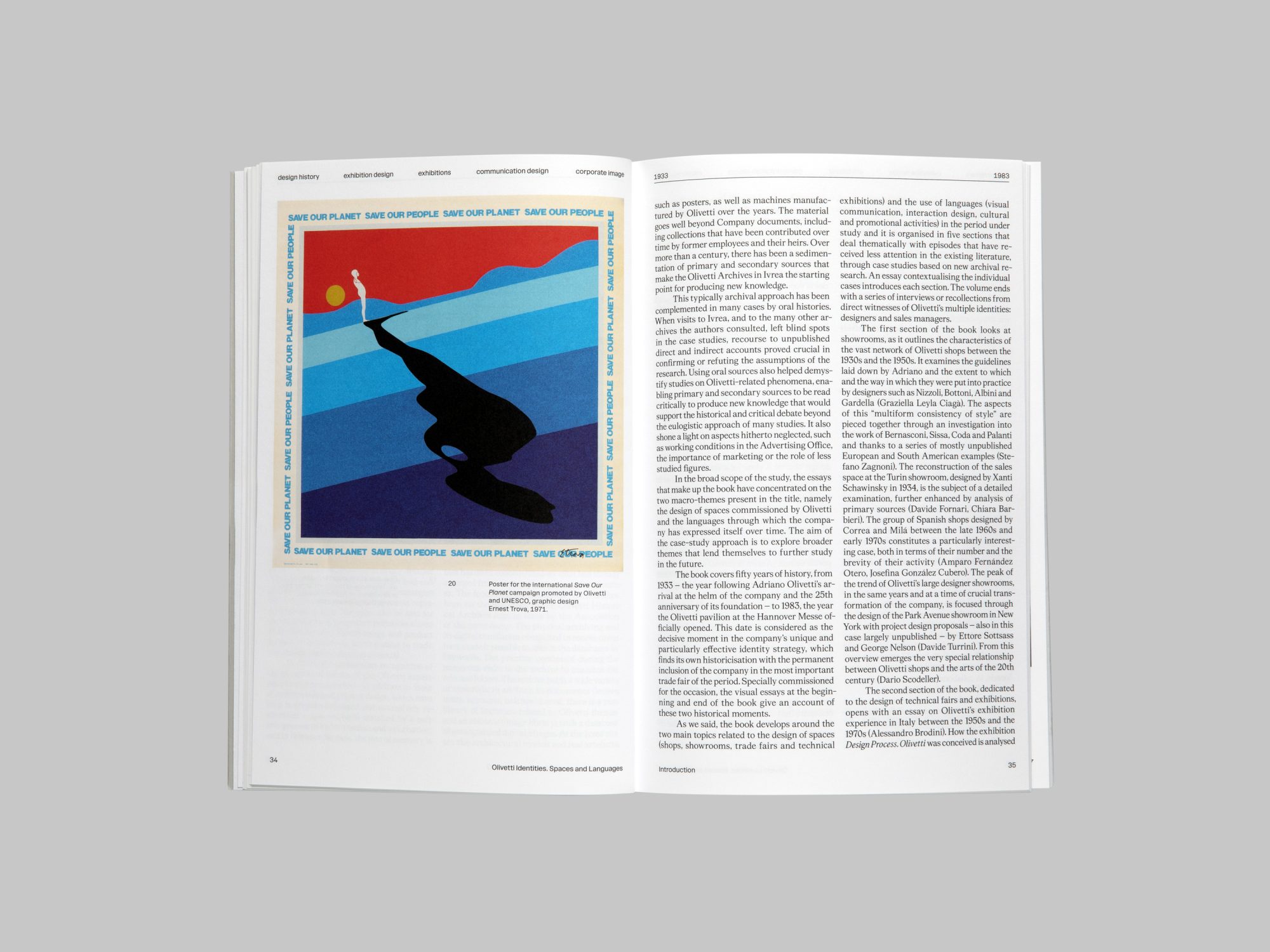 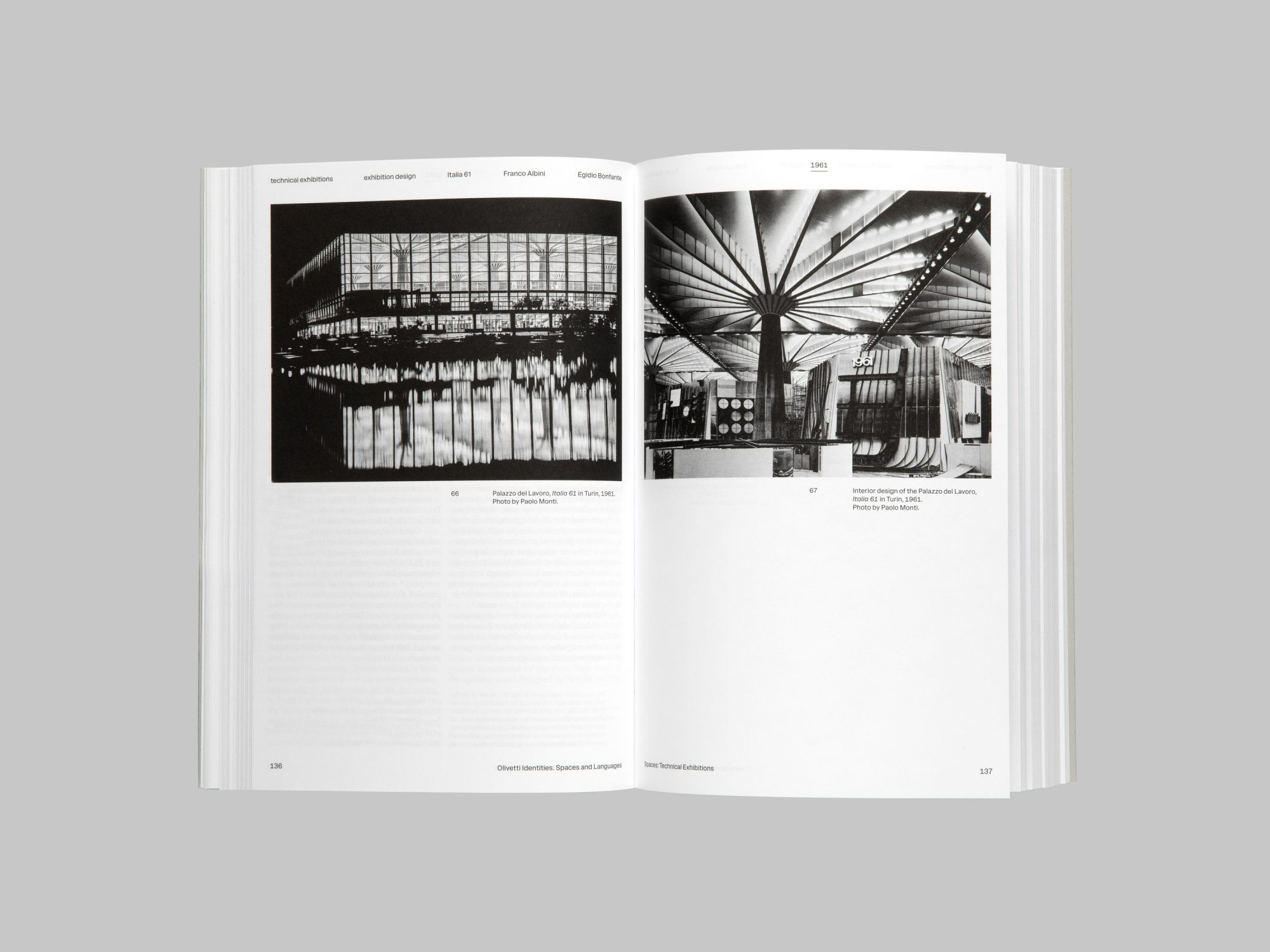 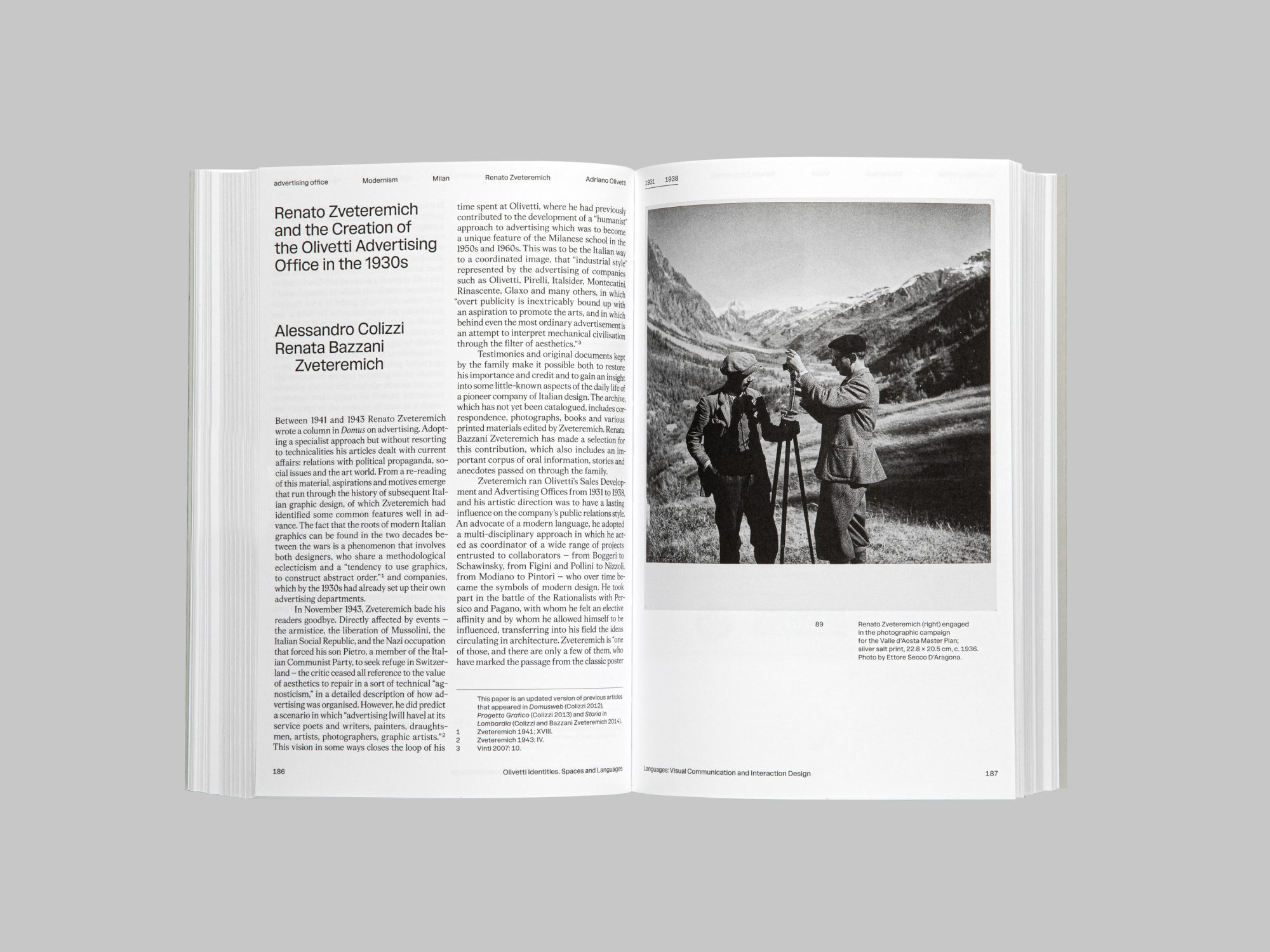 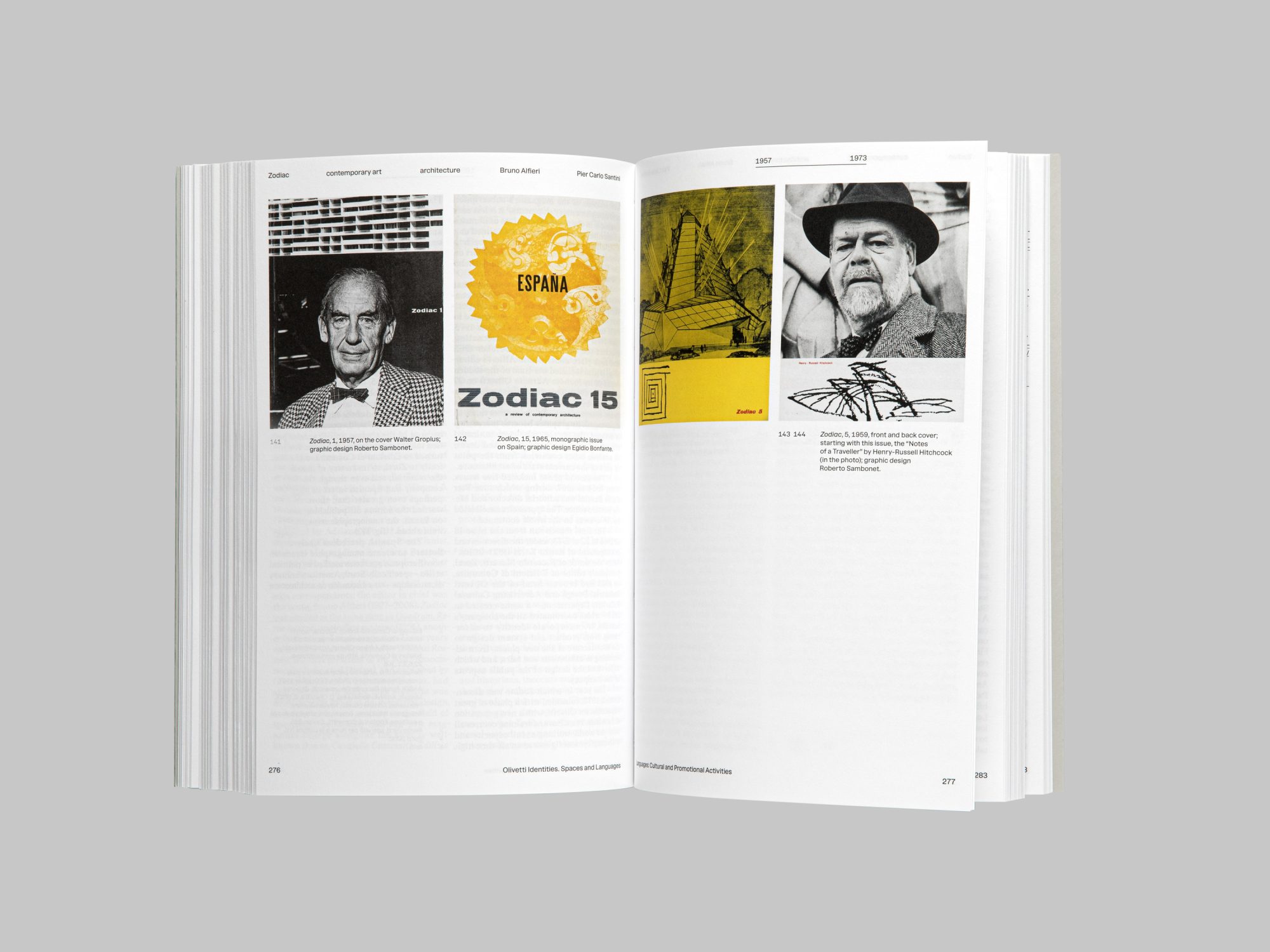 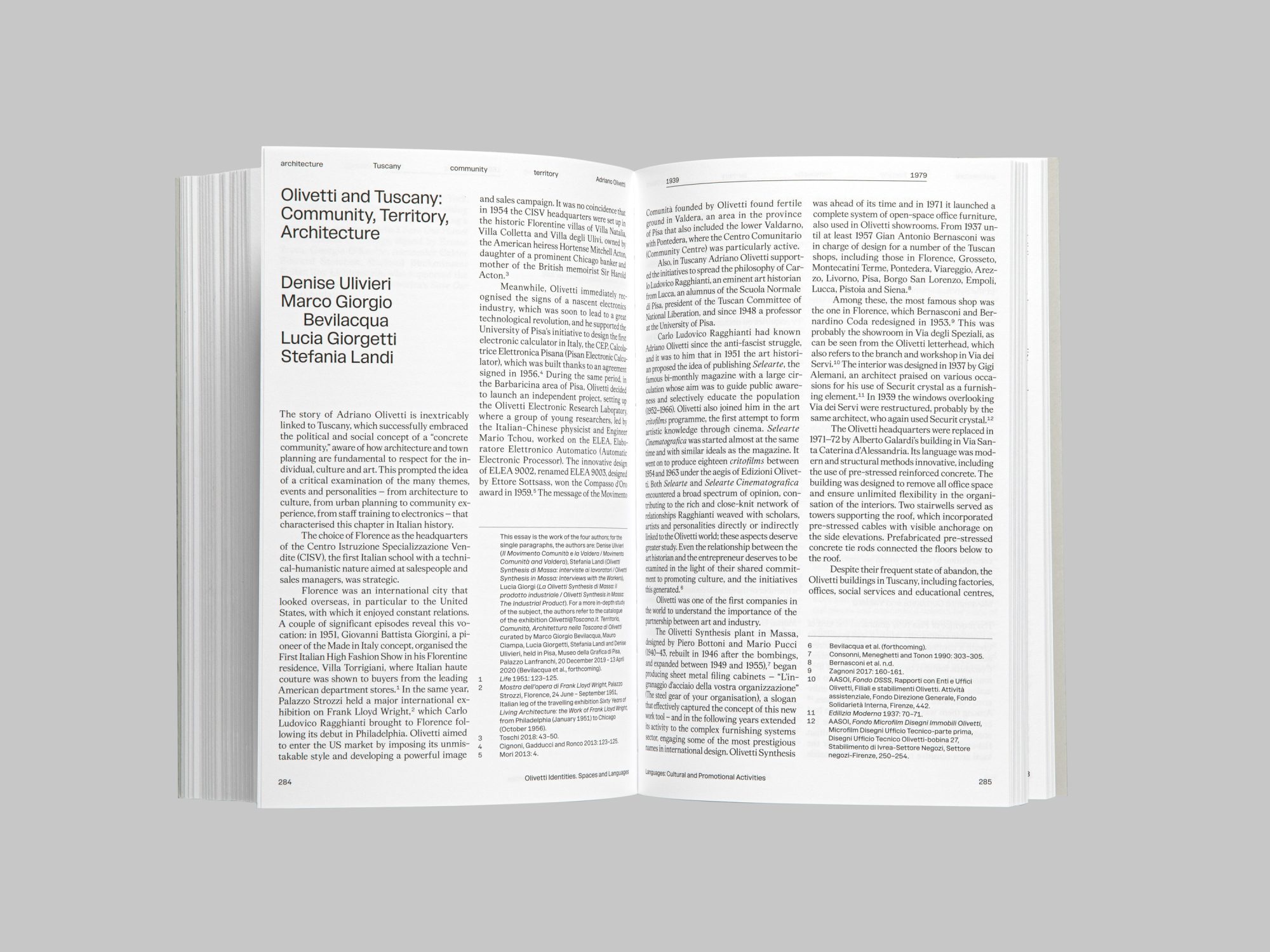 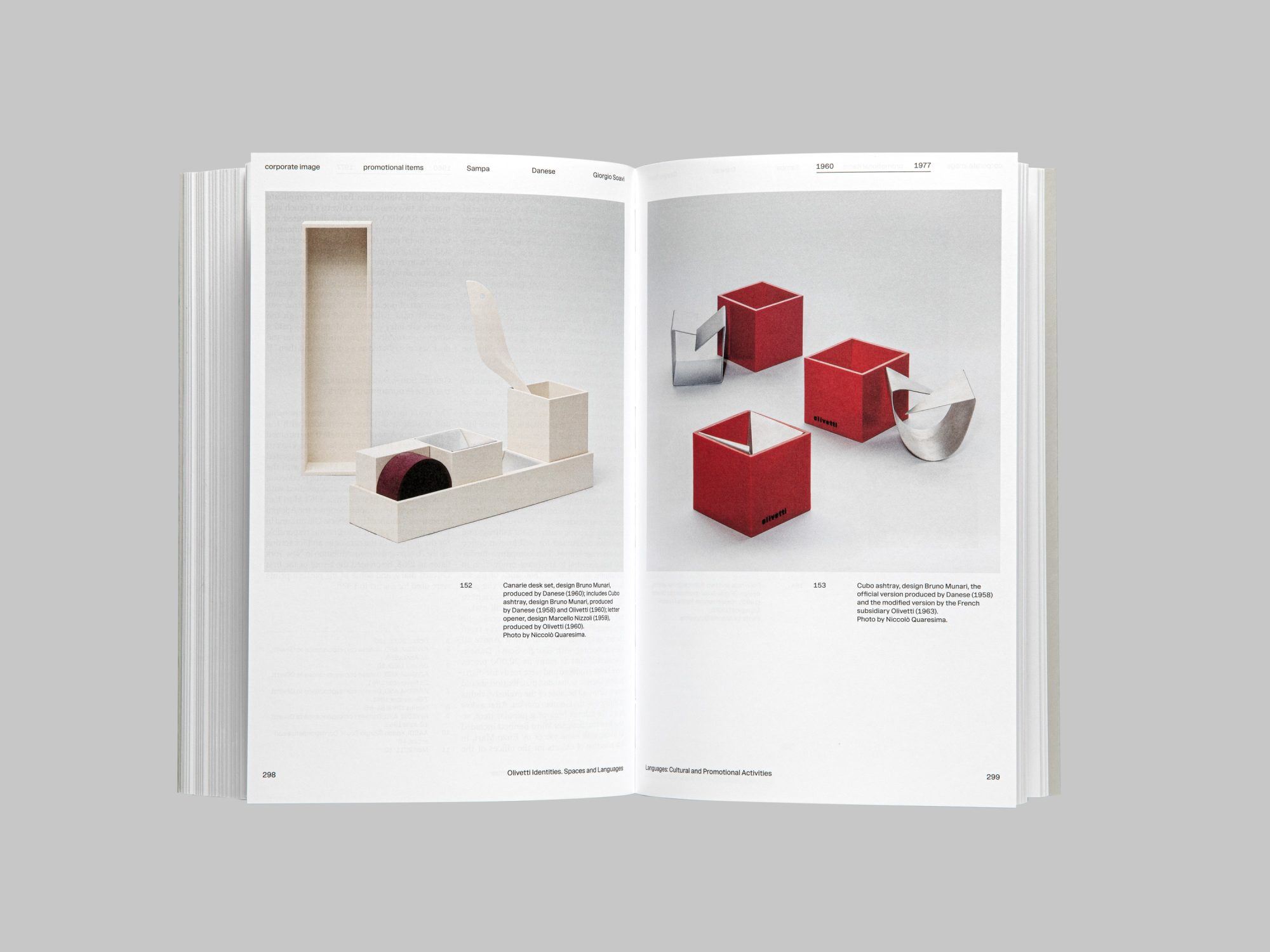 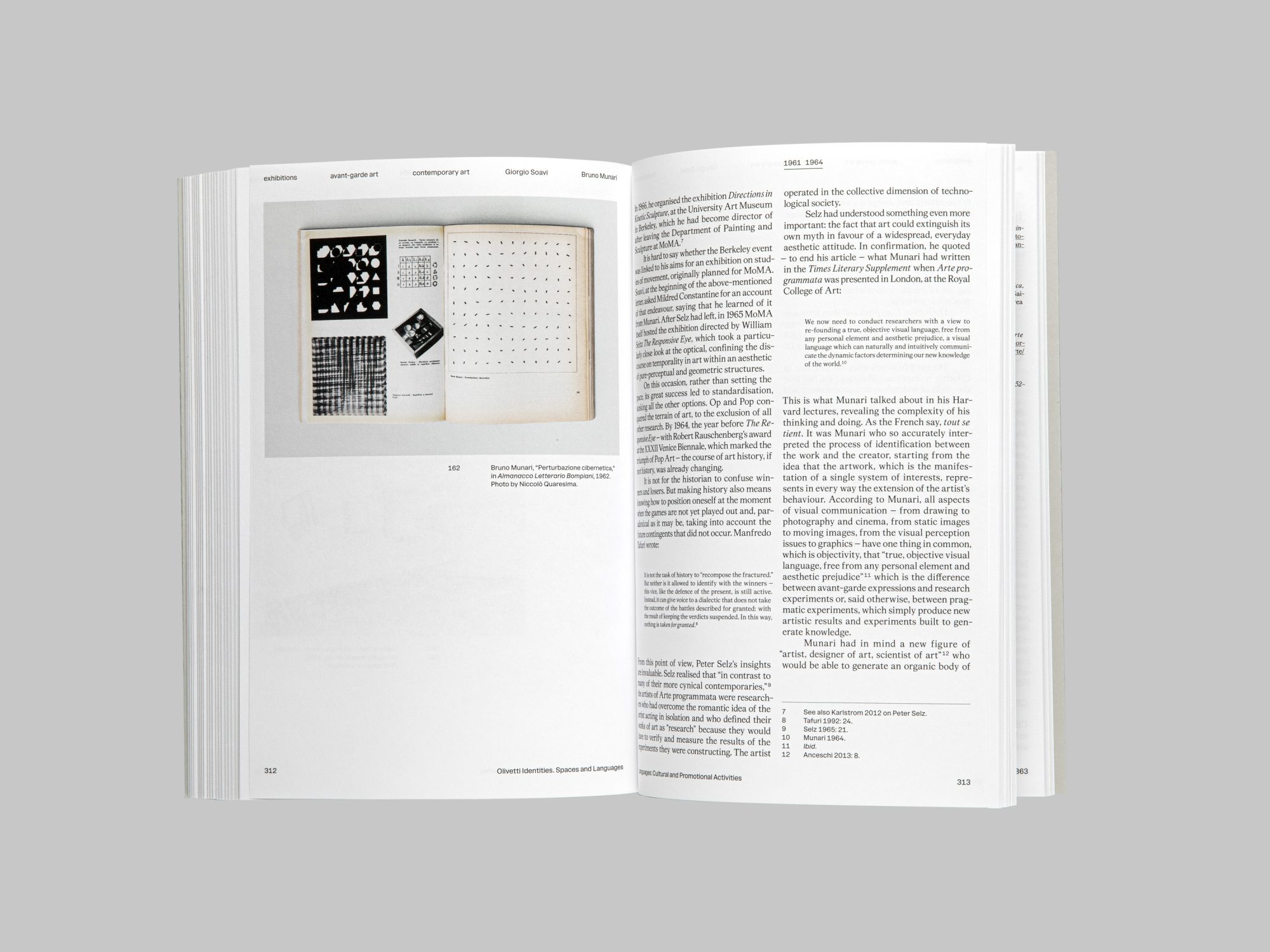 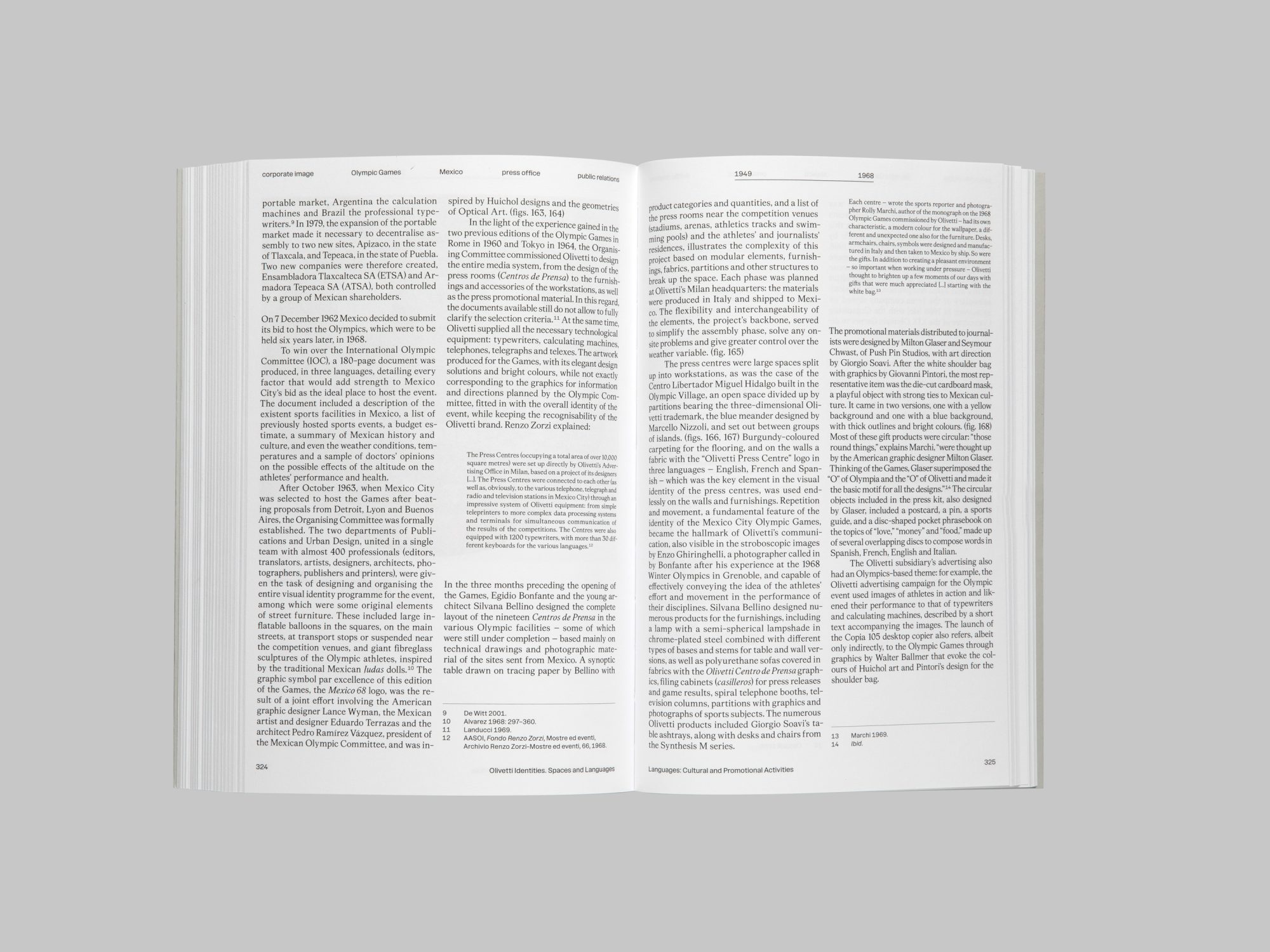 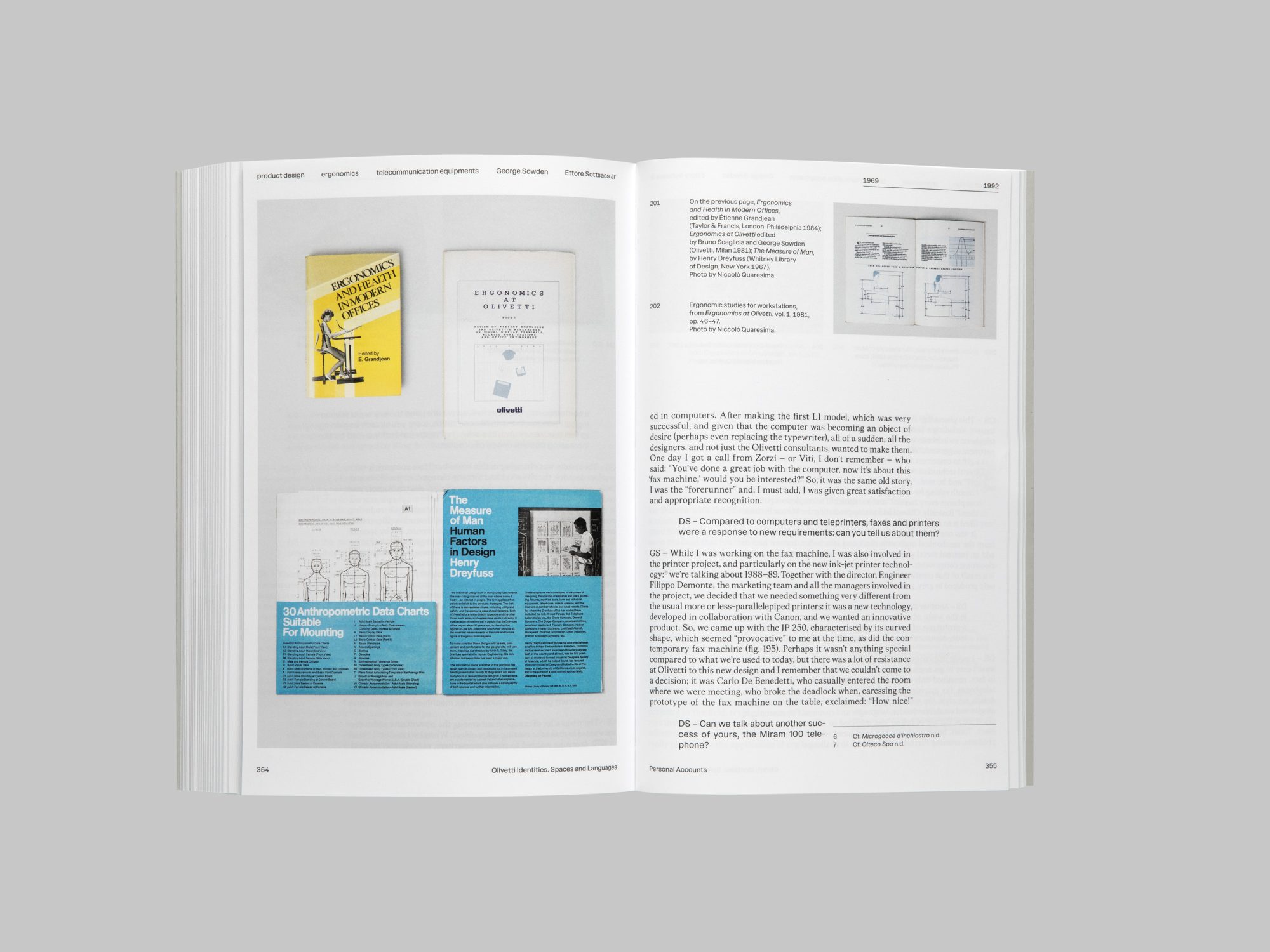 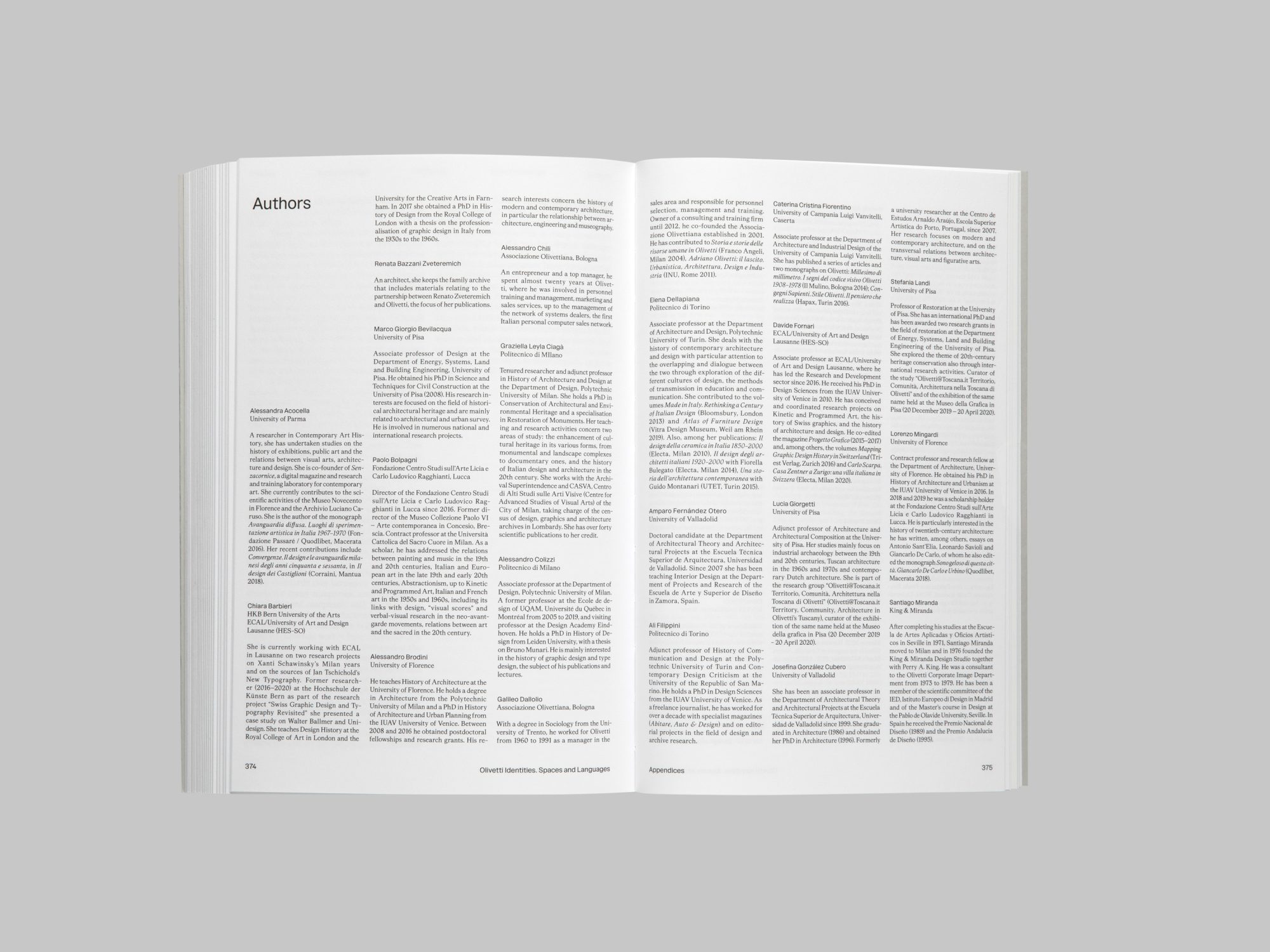 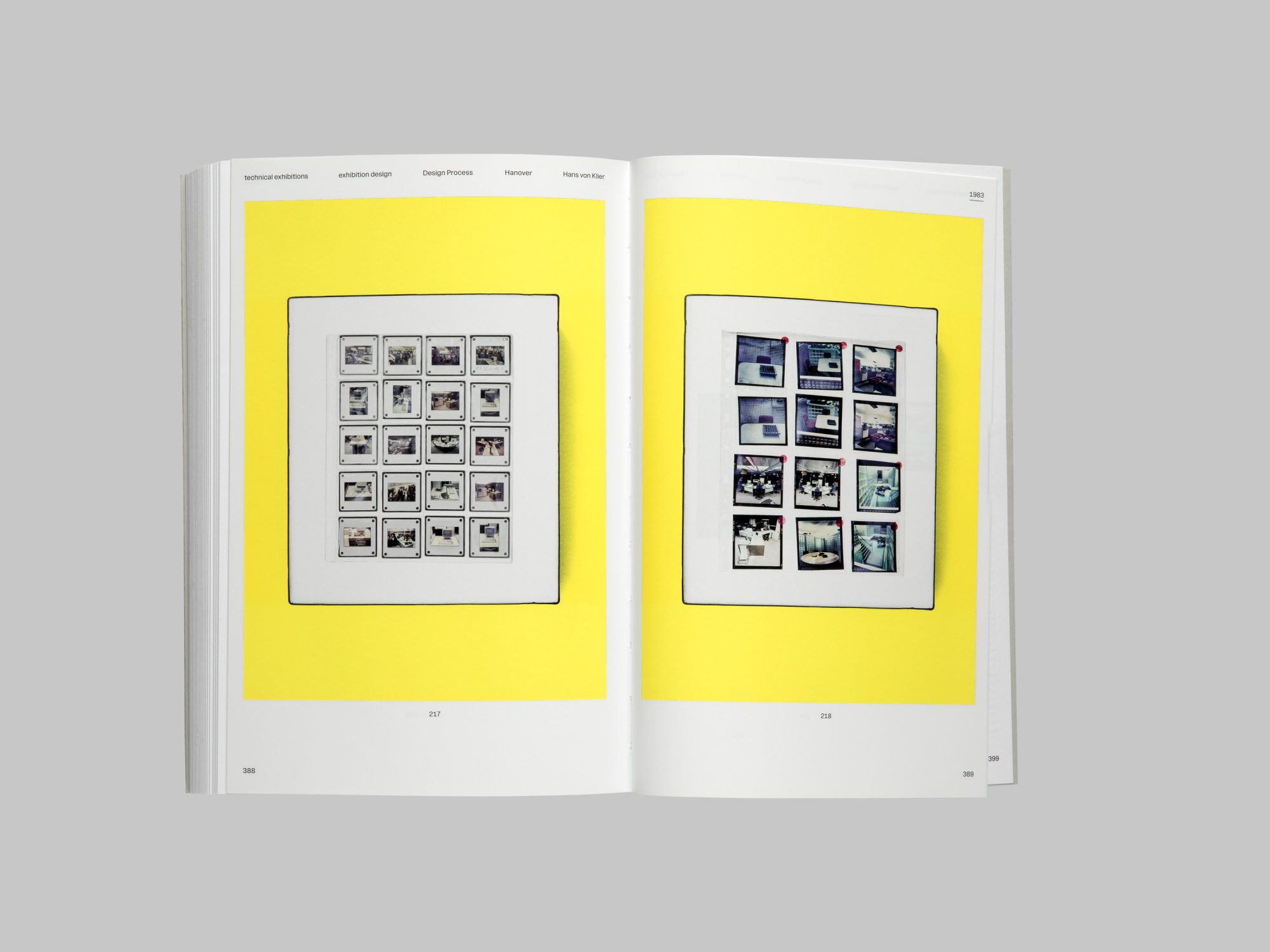 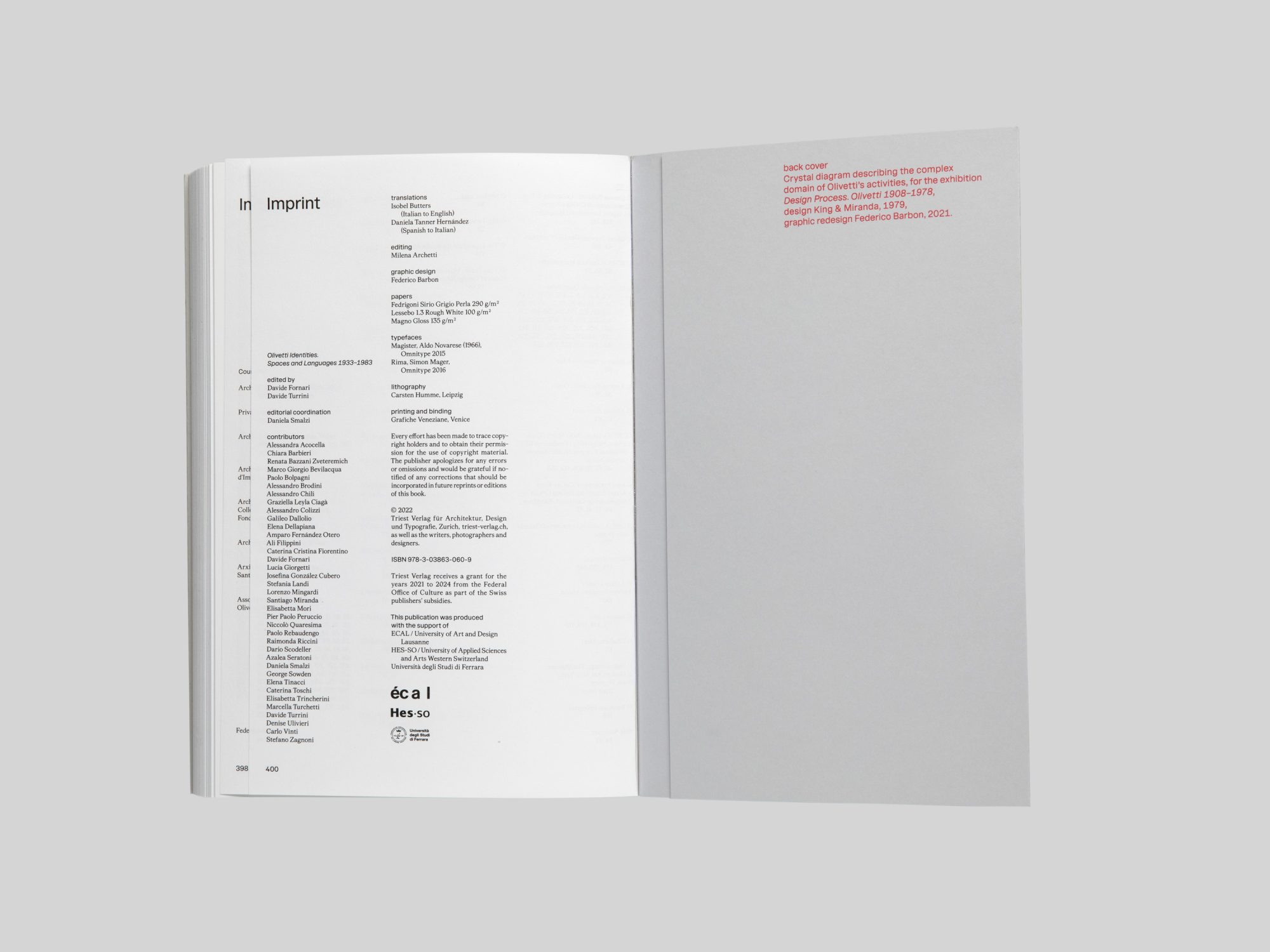 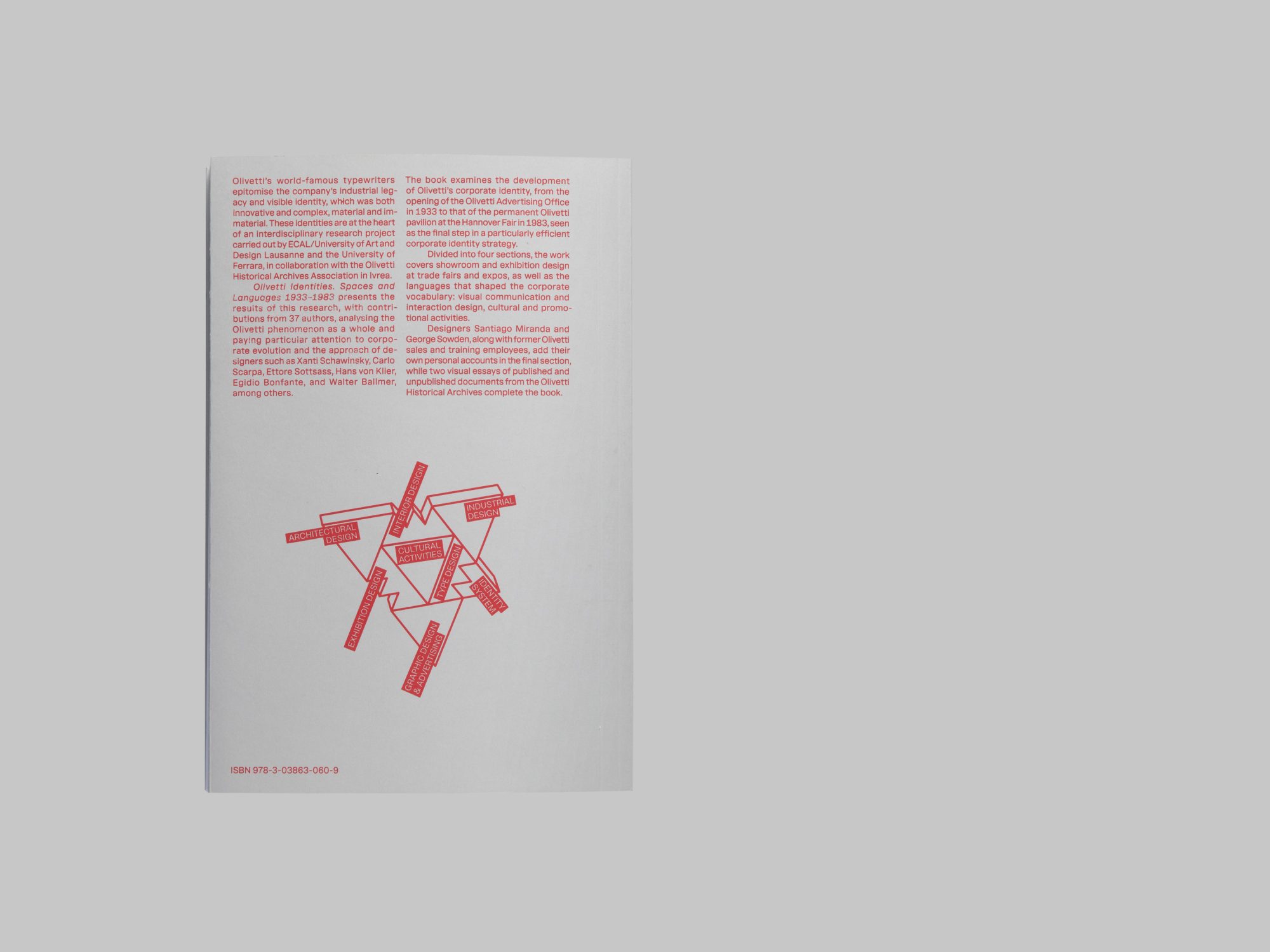 Olivetti’s world-famous typewriters best embody the company’s industrial legacy and visible identity, which was both innovative and complex, material and immaterial. These identities are at the heart of an interdisciplinary research project carried out by ECAL/Ecole cantonale d`art de Lausanne and the Università degli Studi di Ferrara in collaboration with the Association for the Historical Archives of Olivetti in Ivrea.

Olivetti Identities. Spaces and Languages 1933– 1983 presents the results of this research with the aim of analyzing the Olivetti phenomenon as a whole, paying particular attention to the context of corporate evolution and the approaches of designers such as Xanti Schawinsky, Renato Zveteremich, Ettore Sottsass, Hans von Klier, Egidio Bonfante and Walter Ballmer, among others.

The research analyzed the corporate identity journey of Olivetti from the establishment of the Olivetti advertising office in 1933 to the opening of the permanent Olivetti pavilion at the Hanover Fair in 1983, which was intended as the final step in a particularly efficient corporate identity strategy.

The volume is organized in four sections dedicated to the design of showrooms and exhibition design at trade fairs and expos, the analysis of languages that have shaped corporate vocabulary as well as visual communication and interaction design, and cultural and promotional activities, respectively. A final section summarizes the credentials of designers Santiago Miranda and George Sowden, as well as former Olivetti collaborators in sales and training. Two visual essays featuring published and previously unpublished documents from the Olivetti historical archives complete the book.